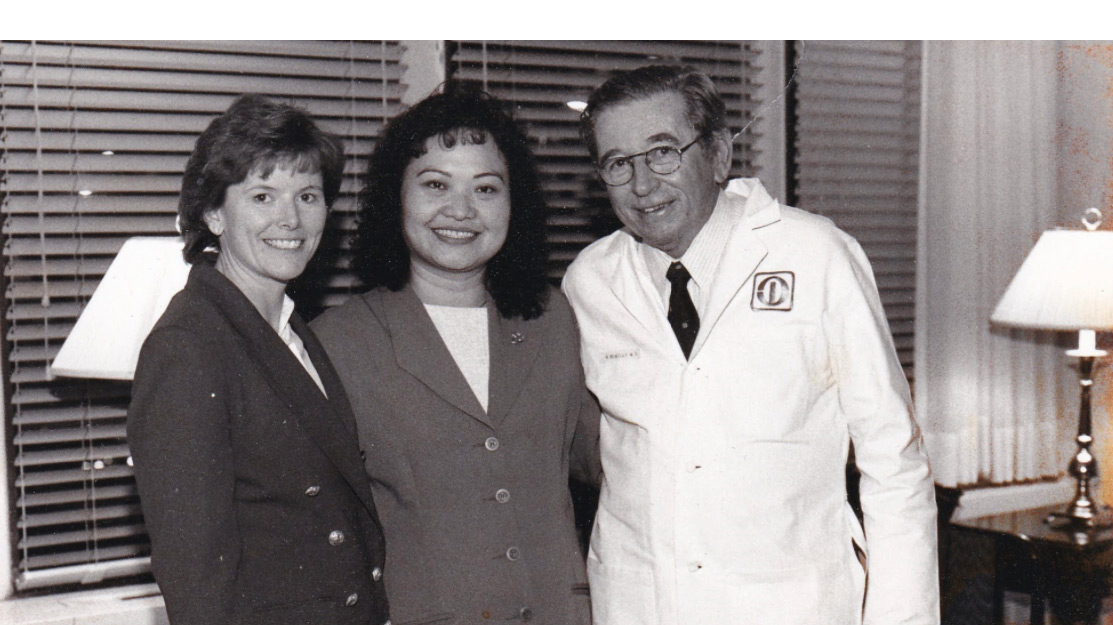 Randall E. McNally, MD, father of Weiss Memorial Hospital’s Director of Spine Surgery Thomas A. McNally, MD, passed away July 25 at the age of 92. Weiss colleagues remember the prominent Chicago plastic surgeon not only as a skilled surgeon, but also as a caring healer and mentor.

He left a profound mark on history that has a personal connection to Weiss.

“My father cared deeply for the wellbeing of his patients. As a plastic and reconstructive surgeon, he helped seriously injured patients overcome trauma so they could go on to lead normal lives,” said Thomas A. McNally, MD. “He was a positive force throughout my life, including my medical education, training and practice.” 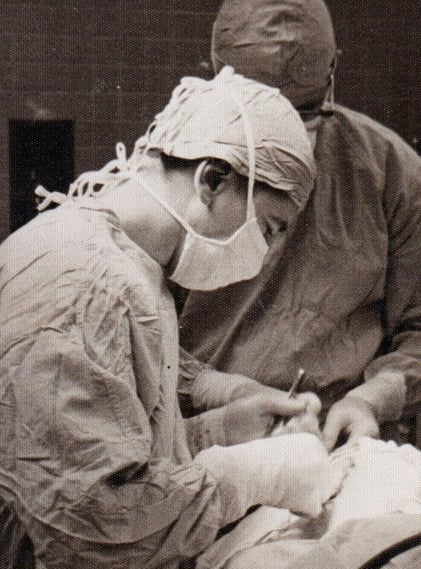 A photo from the 1960s shows Dr. Randall McNally in
surgery. | Photo Provided

During his long career and as an active member of several medical and surgical societies, Dr. Randy McNally mentored many Chicago surgeons.

“Randy was always a gentleman and gave advice freely. He helped me greatly in navigating academic plastic surgery,” shared Lawrence S. Zachary, MD, professor of surgery at the University of Chicago and medical director of Plastic and Reconstructive Surgery at Weiss. “His most valuable advice was to always be respectful and never criticize anyone.”

An unexpected trip to Vietnam in 1972 gave Dr. Randy McNally the opportunity to bring his caring nature and healing skills overseas.

Amid a family tragedy, McNally traveled to Saigon to recover the remains of his brother-in-law, wife and their four children who were among the more than 80 people killed when a bomb caused the crash of their airline near Pleiku, South Vietnam.

Nine-year-old Phan Thi Kim Phúc was the girl photographed while running down the road with her siblings and cousins screaming in pain. The Pulitzer Prize-winning photo became the defining image of the Vietnam War and the 20th century.

This year marks the 50th anniversary of that tragedy. 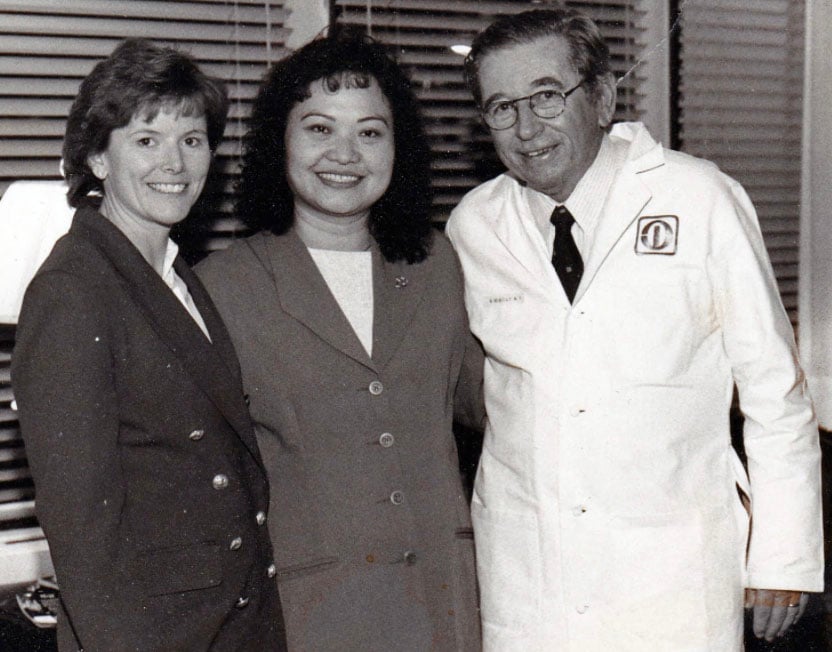 Dr. Randall McNally (right) is seen with Kim Phúc (center) in this 1996 photo that also includes his daughter Sheila McNally, RN, who was his operating nurse in later years. | Photo Provided

“My parents knew the family of Phan Thị Kim Phúc when they were all living in Vietnam. My paternal grandparents were friends with her grandparents since they were from the same village,” said Suzanne Pham, MD, associate chief medical officer at Weiss.

“I remember hearing about Kim Phúc as I was growing up,” Pham continued. “We saved that famous picture of her along with my parents’ mementos from the war detailing their own escape.

“Such a small world for me to now know that Dr. Tom McNally's father was the surgeon who helped Kim Phúc. Dr. Randy McNally redirected his grief into helping the Vietnamese people during a time when his skill set was desperately needed. His act of compassion helped the girl in a photo that represented the horrors of war survive to become a symbol of peace and forgiveness.”

When Nikki Smith had her hip replaced in January 2014, she was up on her feet and mobile in record...
Read More