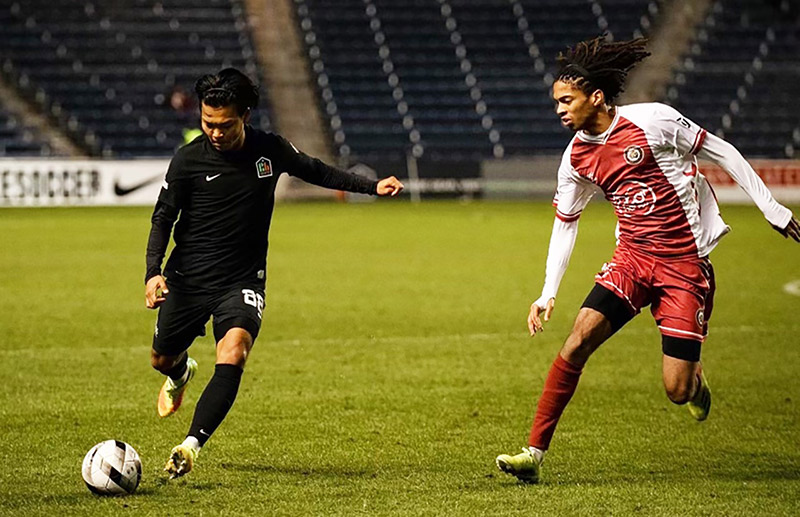 Injuries can trigger anxiety and concern for most professional athletes. “Will this influence my performance? Will this affect my career?” That’s why sports medicine programs focus on helping these individuals get back on the field faster — to ease their worries.

When athlete Seo-In Kim felt a twinge and soreness on his right knee, he began to worry. He noticed the soreness early in the season and initially didn’t think much of it. But when the pain turned to discomfort and limited his ability to play, he feared the worst. He could not turn and sprint as quickly and could not cover as much ground. As a result, he started to lose minutes on the field.

“Any athlete who has gone through an injury has the same doubt – is this the end of my career?” he thought. 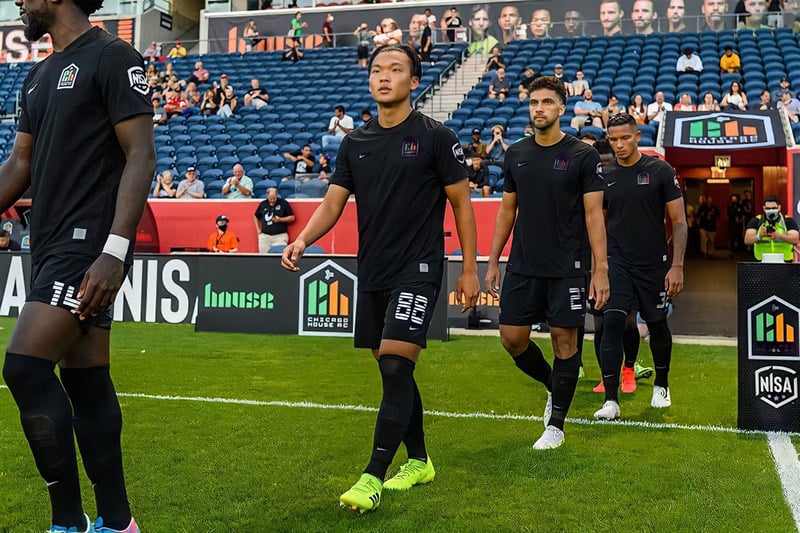 As a midfielder, Kim is expected to run from one end of the field to the other, requiring him to cover more ground than any other player. His attack-oriented position also means more tight turns, cuts, and sprints.

Born in South Korea but raised in the suburbs of Kansas City, the 27-year-old had already built what seemed like a lifetime of soccer experience. He had earned invitations to the United States Youth National Teams while at the prestigious Sporting Kansas City Academy. Kim attended Duke University and the University of California-Santa Barbara (UCSB) and went on to play professional soccer in places as far away as Malta and the Czech Republic. Most recently, he joined Chicago House Athletic Club.

“I tore a ligament on the same knee while at UCSB,” Kim said. “I was just beginning to recover mentally from that injury, so this new pain brought back some bad memories.”

Luckily, Sebastian Ko, M.D., the team’s physician, noticed his decline on the field and quickly assessed his knee.

All professional soccer teams have physical trainers on the bench to tend to on-field injuries, but surgeons are rarely present on the sidelines. As an orthopedic surgeon at the Chicago Center for Orthopedics at Weiss Memorial Hospital, Dr. Ko has a full schedule of patients to care for, yet found time to attend every House game.

“Every club has their own protocols regarding team doctors, but I have yet to see one as involved as Dr. Ko,” said Kim. “Having him at every Chicago House game is reassuring.”

Kim was afraid he might have torn a ligament. After examining him, Dr. Ko suggested that Kim get an MRI to allay any doubts he may have. The Chicago Center for Orthopedics has a unique program that could expedite the diagnostic and treatment process for amateur and professional athletes. The Fast-Track program means that injuries can be assessed quickly at the facility — within two days — rather than waiting weeks for an appointment and days for an x-ray or MRI.

“The Fast-Track program is one of the reasons why athletes choose to get diagnosed and treated at our facility,” noted Dr. Ko. “We’ve been able to help these individuals get back on the field sooner. For Kim, the MRI showed that he had suffered a torn meniscus ligament.”

“I never really had to sit and wait,” added Kim. “Dr. Ko had a plan within days, and I had the surgery.”

Kim was right to trust the optimism. Within two weeks of the surgery, he was already jogging. Two and a half months later he was back to doing full workouts. Kim was surprised at how quickly he was back on track.

“I really was expecting the worst, but Dr. Ko explained everything thoroughly, from surgery to rehabilitation, and with an empathetic ear.”

Although the season ended before he could fully recover, Kim feels ready to return to the field. He has regained the confidence in his body — and performance — once again.

“I don’t think it could have worked out any better than it did,” said Kim. "It’s a testament of the great work by Dr. Ko and everyone at the Chicago Center for Orthopedics. They worked so hard to give me a second chance. That's admirable.”

Chicago, March 8, 2022 – The Uptown community is about to receive a jolt of positive news. The...
Read More

The Chicago Center for Orthopedics at Weiss Memorial Hospital announced that it was selected by...
Read More